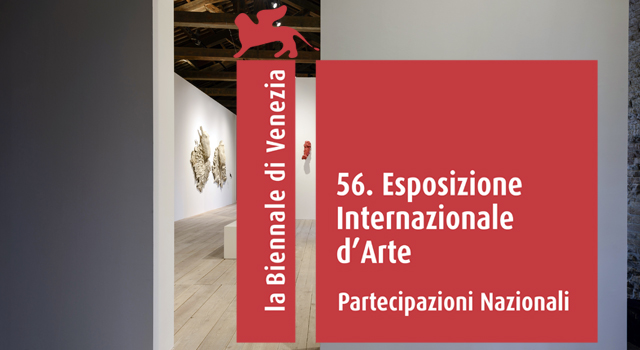 The South African Pavilion at this year’s Art Biennale will be curated by Christopher Till and Jeremy Rose. The title of the exhibition is What remains is tomorrow.

What remains is tomorrow
Taking their cue from Okwui Enwezor’s title for the 56th International Art Exhibition of la Biennale di Venezia, All the World’s Futures, Rose and Till present an array of works by artists who are deeply invested in local iterations of power, freedom, and civil liberty. The curators wish not only to represent recent, important work from South Africa, but also to set in motion a complex and dynamic debate about the relationship between the contemporary moment and the narratives of the past.

With this in mind, they have sought ways of inserting new works into a series of historic moments without, in any way, making those moments explicit or suggesting a crass opposition to or identification with history. Rather, they see—and seek to represent—the past as an alluvial undertow in South Africa’s fractured and multivocal present, a stream of dreams, desires, and memories that frequently boil to the surface in ways both useful and destructive.

The contemporary works on the exhibition pose a series of counter moves. Some are little interested in history and focus instead on ruptures in the present. Some embed themselves in regurgitated narratives of liberation and national identity with the view to unsettling the certainties of these narratives. Some, through their representation of the fraught particularities and singularities of individual lives, interrogate the grand myths of democracy and nation building. Some are subtle meditations on loss or escape or hope; others, strident refusals of the normative.

Given the strength of the works to be presented, the curators face the challenge of saying too much or offering too confused an experience of the works and their disparate imperatives. They thus bring to bear on the conceptualising of this exhibition, their combined experience—from work in the public sector, the management of museums and biennales, curatorship, architecture, gallery and museum design—of locating and communicating a strong but multilayered curatorial idea that encourages critical debate and brings fresh insights to our own particular contemporary moment.

Christopher Till began his career as Director of the National Gallery of Zimbabwe before serving as Director of the Johannesburg Art Gallery from 1983 to 1991. During his tenure he was responsible for several  groundbreaking exhibitions, including The Neglected Tradition: Towards a New History of South African Art, secured the Brenthurst Collection of African Art, and commissioned several major sculptures for the collection. As Director of Culture for the City of Johannesburg, he established the city’s first cultural office and helped with the formation of arts and culture policy. He was responsible for establishing the Johannesburg Biennale in 1995 and the Johannesburg Arts Alive International Festival in 1992, and for the re-building of the Civic Theatre (now Joburg Theatre). He was a also seminal roleplayer in the redevelopment of the Newtown Cultural Precinct. He is a founding board member of the International Council of Museums Fine Art Committee, Chairman of the Cape Town Triennial Organising Committee, and an executive committee member of the National Arts Festival, in which capacity he was responsible for the fine art component of the festival and the Standard Bank Young Artist Award. He has served on selection panels for the Sasol New Signatures Award and the Valparaiso, São Paulo, Abidjan, Ivory Coast and Venice biennales. He is Director of the Apartheid Museum in Johannesburg and the Gold of Africa Museum in Cape Town, in both of which he has organised exhibitions on Nelson Mandela, Steve Biko, Oliver Tambo and the Women’s March. Till is also the principal driver in the development of the Mandela Capture Site in Howick, KwaZulu-Natal and is currently directing the planning and development of the new Javett Art Gallery and Museum at the University of Pretoria.

All press communication (requests for images and interviews) can be addressed to Bronwyn Law-Viljoen, info@thesouthafricanpavilion.co.za