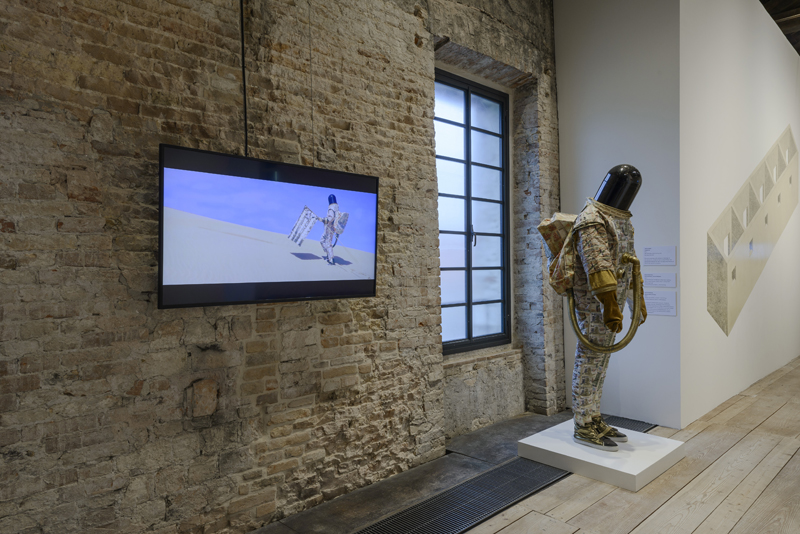 ‘People from far away’ is derived from the Shona word vabvakure, which is used to describe a ‘foreigner’. Following the political and economic collapse of Zimbabwe in the late nineties, thousands of Zimbabweans migrated into neighbouring countries. South Africa hosts the largest number of Zimbabwean migrants in this diaspora. In 2008, a wave of xenophobic violence spread through South Africa, images of which were seen throughout the world. (In a horrible moment of déjà vu, this moment is being repeated in South Africa in 2015.) Many of the victims of this violence were Zimbabweans. People were targeted through a process of profiling which assumed that authentic South Africans are lighter in complexion or fluent in an indigenous language. This resulted in a number of South African casualties. Such beliefs have complicated the idea of what constitutes ‘insider’ and ‘outsider’ in South African society, pitting ‘native’ against ‘alien’ and perpetuating an exclusive sense of belonging that is reminiscent of apartheid doctrine. There is a growing need in the post-colony to deconstruct these notions of individual and collective identity, since ‘nations’, ‘nationalisms’ and ‘citizenry’ are no longer defined solely through indigeneity or autochthony.

Gerald Machona is a Zimbabwe-born visual and performance artist. He received his Master’s degree in fine art (sculpture) from Rhodes University in 2013 and holds a BA degree in fine art (new media) from the University of Cape Town. In 2011 Machona was selected by Business Day and the FNB Joburg Art Fair as one of the top ten young artists practicing in South Africa. He works in sculpture, performance, new media, photography and film. A notable aspect of his work is his innovative use of currency—particularly decommissioned Zimbabwean dollars—through which he explores migrant and diaspora narratives as well as the creative limits of visual art production. He has participated in group exhibitions such as Making Way at the Standard Bank Gallery, Johannesburg (2013); The Night Show, Goodman Gallery, Cape Town (2011); The Geography of Somewhere, Stevenson, Johannesburg (2011); and US II, Iziko South African National Gallery, Cape Town (2010). Machona is a recipient of a Mellon Scholarship and a member of the Visual and Performing Arts of Africa (ViPAA) research group at Rhodes University.